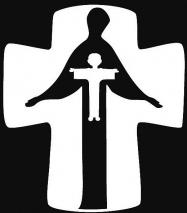 At the end of the 1920ies Stalin took up leading role in Bolshevik government. He concentrated an absolute power in his hands and set up total control over the society. The main task which was appointed to the country was an implementation of the idea of world revolution headed by the USSR and establishment of the socialism. Realization of that task required wholesale modernization in military and industrial sectors, which had been carried out by two means: forced industrialization and collectivization.

Forced collectivization and augmentation of bread supply quotas led to destruction of traditional way of farming. Peasants were urged to join collective farms, which were under transformation into the instruments of exploitation. Joining collective farm meant for peasants loss of their land, agricultural implements and ability to control results of their work. They became dependent workers who had no rights. Centralized accumulation of grain and other agricultural goods led to scarcity of food among peasants. Thereby mass starvation began. The most difficult situation was in Ukraine and in the North Caucasus.

Totalitarian methods of governing caused resistance among Ukrainian peasants. For instance, around 4098 riots involving more than 1.2 million of discontented took place in Ukraine in 1930 and in the North Caucasus, where Ukrainians comprised a major part of population – 1061 (with approximately 250 thousand of participants).

At the same moment government started attacking Ukrainian intellectuals, aiming to threaten and to force them work for a new regime. The number of fabricated trial cases reached 1929. They involved leading Ukrainian political and social figures who had been dissenting with official policy of Moscow. Almost all academics of the National Academy of Sciences of Ukraine, thousands of leading teachers, priests of the Ukrainian Orthodox Church and different public figures were convicted and sent to concentration camps.

The main reason of the Famine of 1932-1933 was governmental methods of grain procurement realized by forced centralized withdrawal of grain. In 1931 Ukrainian peasants had to give the government more than 40 % of the crop. That led to starvation even at the end of 1931. Nevertheless, in July 1932 regime adopted unrealistic grain procurement plan for the crop of 1932, that could not be accomplished. Thereby conditions were created that allowed government to withdraw all supplies of cereals. 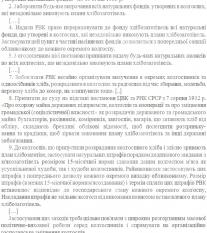 In October 1932 special bread procurement commission from Moscow headed by V. Molotov arrived to Ukraine. In November 1932 under the pressure of Molotov Central Committee of Ukrainian Communist Party adopted a decree “About the actions on strengthening of grain procurements”, and on the 20th of November 1932 Soviet of the National Commissars of Ukraine adopted a similar decree, imposing natural fines – withdrawal of food and kettle from the households that “owed” the government (who couldn’t accomplish the unreal grain procurement plans). Broad interpretation of those decrees enabled representatives of the government to withdraw even potatoes, cabbages, onions and kidney beans.

In December 1932 Central Committee of Ukrainian Communist Party adopted a resolution, which required withdrawal of all grain supplies and even planting material for the following year. For that purpose special squads of activists so called “towing brigades” were created to make searches in peasant’s houses. Not only grain but all other food, and even kettle and furniture were confiscated. Peasants were stripped all their food, thus Party apparatus deliberately doomed them to death. That’s how the “deeds” of such brigade in the village of Krasnopillya former Odessa (now Kirovograd) district were described by the correspondent of the village newspaper the “Soviet village” in December 1932: “Members of that brigade walked around and gathered whatever they wanted to and no one knew where the things were taken to. Even if one had bought a loaf of bread, they said one had “stolen it from kolkhoz” and would take it away.”

To punish peasants, who didn’t cope with grain procurement, government used special repression – for failure of grain procurements their regions, villages, kolkhozes were added to “black lists”. For the first time that practice was implemented in November 1932 in the Ukrainian-populated villages of Kuban . Being added to the “black list” meant imposition of the state of emergency and the system of compulsory measures: villages were blocked, governmental supplies were ceased, commerce was banned, stores were stripped of the food, and peasants were not allowed to grind grain. Being added to the “black list” meant total isolation of entire district, withdrawal of all food supplies that often signified death penalty for the villagers.

Another striking demonstration of willful organization of the Famine 1932- 1933 in Ukraine was directive signed by Stalin on 22 of January 1933, according to which peasant’s departure from Ukraine to the regions of the USSR was prohibited and people who had left before were arrested and forced back. After a while armed troops blocked all the roads in the direction of the cities. The so called “enclosure squads” rendered impossible transportation of grain and migration of Ukrainians who were trying to flee from starvation. 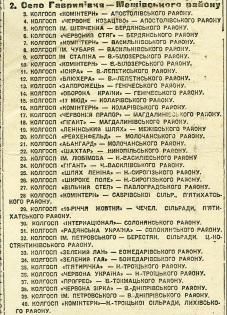 One of the testimonies of purposeful soviet policy against Ukrainian peasantry, constituent part of Ukrainian nation, was systematic and ruthless repressions against local party chiefs who had been dissenting with excessive grain procurement. Local leaders strived to help those who were dying of starvation by distributing goods from kolkhoz funds. For such deeds they paid with their liberty or even with their lives.
Huge amounts of grain were hoarded in governmental reserves, but all those recourses were not used to help starving people. Enormous amounts of grain and other goods that were expropriated from Ukrainians were exported abroad despite the massive mortality. In 1933 1.6 million tones of grain and in 1933 – 1.8 million tones were exported from the USSR.

In addition, Bolshevik leaders didn’t want to acknowledge famine in Ukraine. Regarding this M. Litvinov – National Commissar of Foreign Affairs – in January 1933 made a declaration about the absence of famine in Ukraine. For that reason the USSR declined all propositions of help made by different foreign non-governmental organizations.

Communists had enough resources and opportunities to put an end to famine in Ukraine and other regions of the USSR. However, all those resources were not used. On the contrary, thought-out system of repressions aimed at deprivation of all food and at cutting off all access to resources (products) for peasants was executed in Ukraine. Thus, the soviet regime used famine as tool of terror against Ukrainian people. Sergio Gradenigo on the 30th of May 1933 corroborated this statement in his report: “Ethnographical material has to be changed, cynically said one… big boss in local GPU…Be this purpose ever so bad and unbelievable, yet it has to be considered as a real one and the one that is being realized on a full scale. By means of ruthless confiscations Moscow government created not only famine, but also a complete scarcity of means of existence in Ukrainian villages. From this I come to the conclusion that recent catastrophe will lead to colonization of Ukraine generally by Russian people. It will change its ethnographical nature.”

According to the estimates of the Institute of demography and social investigations named after M. V. Ptukha of the National Academy of Sciences of Ukraine during the Famine 1932-1933 three million 941 thousand people died , among them ethnical Ukrainians comprised – three million 597 thousand, or 91.2 % of total amount of victims.

Indirect losses of the Famine 1932-1933 are one million 122 thousand people. Aggregate demographical number, with a glance at cumulate losses, is 10 million 63 thousands. If there weren’t Famine, repressions and terror, the population of Ukrainian SSR would be 36-37 million (when keeping the dynamic of population increase) besides 26 million.

Famine led not only to physical destruction of millions of lives, ruined social-economic and traditional national institutions, but also caused psychological changes in Ukrainian mentality and destroyed traditional way of life of Ukrainian peasants. As a result of the soviet regime actions in 1932-1933 millions died and this fact denotes a crime against humanity. Thus, Famine 1932-1933 became one of the components of Bolshevik policy which was directed to set a total control over the society.

On the 28th of November 2006 Parliament of Ukraine adopted a law “On the Famine 1932- 1933 in Ukraine” with the aim to commemorate millions of Ukrainians who were victims of that horrible event. The Law recognized the Famine as genocide against Ukrainian people. Due to the efforts of community and government, the Famine was acknowledged as a genocide by a number of foreign countries and international organizations.

On the 1st of November 2007, the 34th session of the General Conference of UNESCO (with a membership of 193 countries) passed a resolution “Commemoration of Famine’s victims in Ukraine”. In the document was stated the idea that all-round broadcast of the tragedy would be a reminder to present and future generations to protect democratic values and human rights.

On the 28th of April 2010 Parliament Assembly of Europe Council passed a resolution“ Commemorating the victims of the Great Famine (Holodomor) in the former USSR ”. European parliamentarians acknowledged that “the cruel policies pursued by the Stalinist regime” which triggered the Great Famine in 1929 in the grain-growing areas of the former Soviet Union, culminating in 1932-33. For the parliamentarians, those policies as deliberately conducted by the Soviet regime, are comparable to “a crime against humanity” because they led to the deaths of “millions of innocent people”.

The Assembly stressed that in Ukraine which suffered most of all, those tragic events were referred to Holodomor (politically motivated famine) and are recognized by Ukrainian law as an act of genocide against Ukrainians.